5 Financial Horror Stories and tips on how to avoid them

Salary Loans | A Christmas Treat to Your Employees 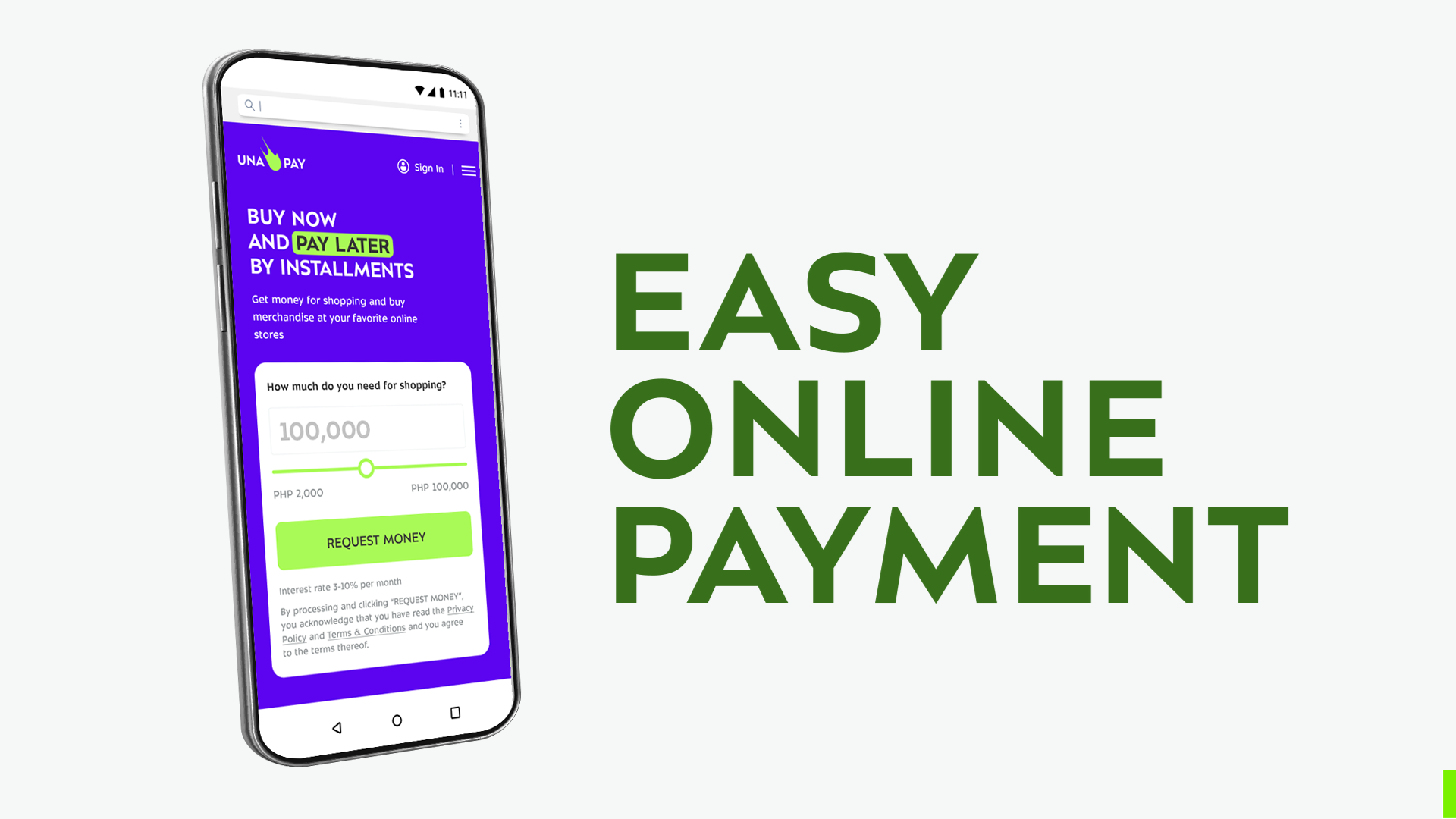 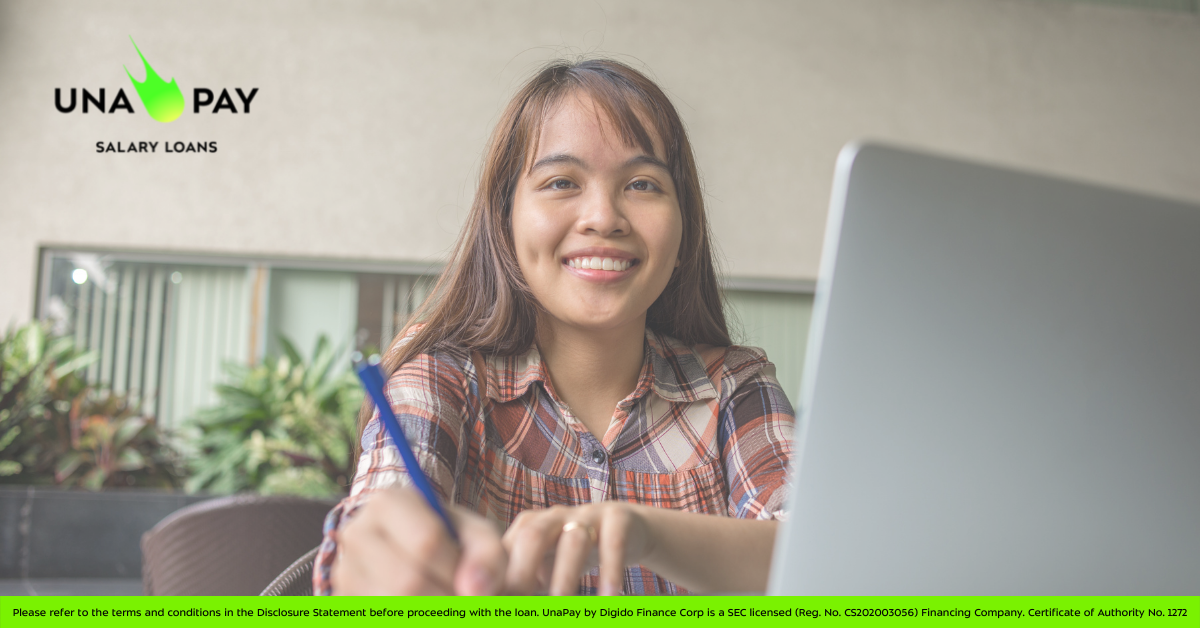 What is UnaPay Salary Loans?

5 Financial Horror Stories and tips on how to avoid them

But there are far scarier stories than mythical creatures and apparitions. Here are our top picks of financial horror stories that we definitely want to avoid at all cost. 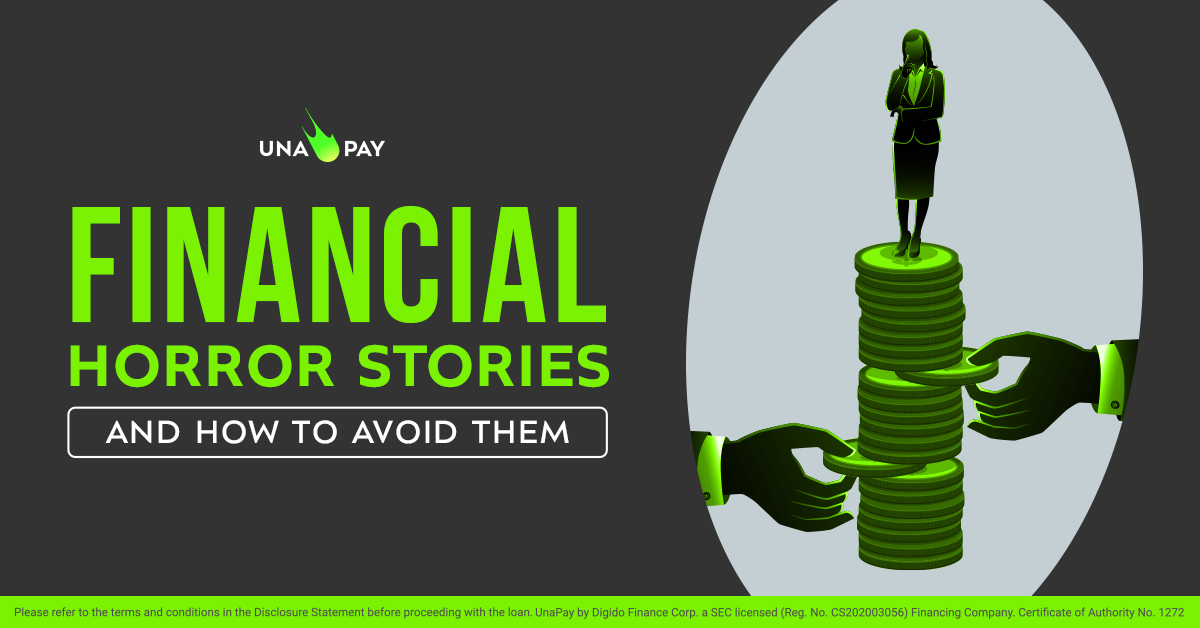 5. Business Gone Wrong Recently, there have been enticing offers of small capital businesses online and some of them are actually legitimate.

The problem is, some of them are not and people are scammed into investing their hard-earned money in non-existent businesses. The modus operandi begins with an offer to invest a relatively small amount of money (P5,000 or so). Then victims would experience returns for the first couple of months and they will be pushed to invest more. As they already experienced returns, unsuspecting victims wouldn’t think twice to increase their initial investment. Once the investment increases, that is when the supposed investment will fall through.

*“Christian saw an ad for a low capital investment on social media and decided to give it a try. The business was advertised as raising free-range ducks in some rural parts of the country. He thought that P2,000 initial investment wouldn’t hurt so much, so he went ahead and invested. After some time, he received almost P15,000 return on his investment. His contact urged him to invest P20,000 more to get at least P100,000 in returns. Christian excitedly agreed. *

**TIP: Though it is only natural to lose some money when investing, always choose an investment that provides a safety net to you as an investor or at least choose one that has low impact if you lose. If you've already fallen victim to these scams, you can reach out to various government agencies and file a file such as the National Bureau of Investigation Cyber Crime Unit, Department of Finance Anti-Fraud Unit, etc. **

READ: Online Shopping Scams 2021. What are they and how do we avoid them?

4. The Vanishing Payments/Products Have you ever found an item online that you wanted so badly, you just pay for the items upfront? Then after a while, the seller of the product just ceases to exist?

Yes, it is a thing, and yes, it happens to even the most careful people. The problem with these online selling scams is that they package their stores and their products in a way that imitates legitimate sellers and makes it hard for consumers to differentiate what’s real and what’s not.

“Ron needed to buy a second hand laptop for online classes but due to the pandemic, he had to rely on online sellers. The seller requested a downpayment of P5,000 before sending the items. Ron, thinking that since it’s only a small fraction of the actual cost of P20,000, thought it was ok and sent the money. After several days, Ron did not hear from the seller again. Though he has reported the incident, he may not be able to get back his money.”

**TIP: The reviews are always telling. Always check whether the seller or the items themselves are legit based on the reviews of previous customers. Also check whether customers of an online selling platform are protected from fraudulent sellers (e.g. return/refund policies, report sellers options, etc.) and substandard items. **

3. The Budget Massacre Having a budget and actually following it is a good move. Not setting aside emergency funds is a bad move.

No matter how much we plan our budget, there would always be some emergency that would need a large amount of money that you are unprepared for.

“Mary broke her tooth while eating a sandwich, and upon checking, the tooth was already hollow inside. She had to make a choice: get a permanent tooth replacement or leave a gap in her smile. She opted to have the tooth removed and replaced which cost her a total of P16,350. Suffice to say, it broke her budget for the next 3 months.”

**TIP: When creating your monthly budget, set aside a portion for emergencies. Regardless of whether you use it sooner or later, always set aside a budget for unforeseen events. Let it grow until such time you need it. Set instances where it can be used like hospital bills, maintenance medication, etc. Don’t include special occasions like Christmas or birthdays, otherwise your emergency budget will be depleted even before an actual emergency occurs. **

2. The Curse of the Fine Print Nobody reads the fine print.

Well, we should definitely start reading the fine details of the terms and conditions of any agreement before we put our signatures on the pieces of papers. In many cases, especially when it comes to life insurance and funeral plans, we start feeling safe and relaxed once we finish paying for them. Until such time we’re meant to use them.

During the pandemic, it was hard enough to deal with the loss of a loved one. What’s even harder is finding out that the insurance or funeral plans we worked so hard to pay over the years can only cover so little of the actual cost (e.g. “I thought it was supposed to cover this much and such?”) and finding out that terms and conditions changed a month or years before.

“Jenny lost her grandfather in May 2021 due to health complications brought about by old age. As they were preparing to have her grandfather’s remains transferred from the hospital to the funeral home, her family was horrified to find out that the memorial plan her grandfather paid for so many years will not cover even half of the funeral costs due to bankruptcy. Jenny checked the plan provider online and found out that thousands of plan holders shared the same problems, some even dealing with the company for over 10 years. ‘If we have known earlier, we would have planned and cut our losses’.”

**TIP: Do a background check on the provider. Are they legitimate? What do people say about them? Are they doing alright financially? At any indication, or even a gut feel, that something is not right, contact your agent and discuss your options immediately. Take the deal that would best benefit you and balance the cost of your annual payments. **

1. The House of Horrors Buying a house or any form of real estate is not easy. Most of the time it takes most, if not all, of our life’s savings. And it can be exciting to move in for the first time. It’s a dream come true!

Until you realize that the house you got for a cheap price comes with so many hidden horrors that instead of saving, you end up spending more. In most cases, it usually involves the developer’s use of substandard materials in the foundation of the house itself.

It can be brickwork that was hastily and haphazardly done that cracks and falls after a really wet and cold season. Or it can be woodwork that skipped treatment and waterproofing, leading to termites eating through your house after a year or doors continuously jamming as it expanded while absorbing moisture over time.

“After living in her dream home for a year, Sheila realized that the house that cost her entire life savings is breaking down, despite being newly built. The wood flooring of the second floor was almost 100% eaten up by termites, the chrome fixtures have rusted, and the walls were starting to show cracks. She later found that the entire subdivision she’s living in was built on substandard materials.”

**TIP: Before buying a house, closely inspect the foundation, woodwork, fixtures, and other things in the house. You can also ask an expert opinion on what type of finishing should furniture, fixtures, and other items in the house should have depending on the climate, temperature, and location of the house. Do a little bit of research on what types last longer so you can save more in the long run. **

Names used in this story are false to protect the identity of the people involved.

Yikes! Hopefully, we don’t get to experience these incidents but it still doesn’t hurt to be more careful and vigilant.

Offer UnaPay Salary Loans to your employees to help them make it through their financial horrors. Be a partner company today!

Salary Loans | A Christmas Treat to Your Employees

What is UnaPay Salary Loans?

Why shopping loans are so popular

Salary loans vs other loans: what’s the difference?

Top 5 things that attract talent to your company

How to Pay via GCash?

What should you look for in a salary loan partner?

Top 5 things that keep talent in your company

Everything you need to know about salary loans

Why should you partner with UnaPay?

How to be an UnaPay Partner Company?

Offer UnaPay Salary Loans as Financial Incentive to your Employees

What is UnaPay? | Buy now, pay later with low interest installments up to 6 months

Online Shopping Scams 2021. What are they and how do we avoid them? 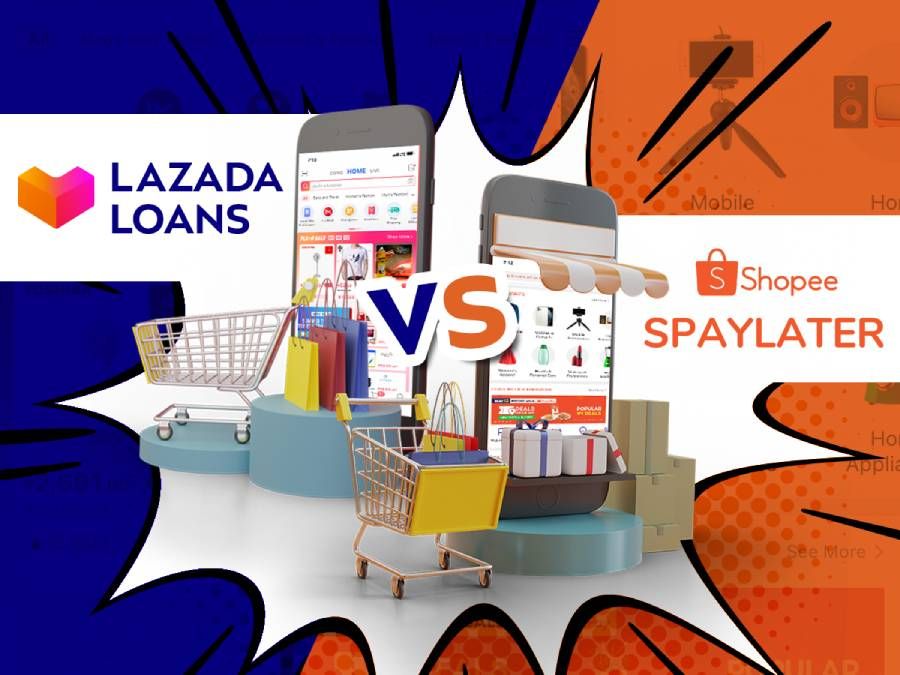 Lazada Loans vs Shopee SPayLater | Which is better?

What is an online shopping loan?

Keeping up with Tag-init! How to stay safe and healthy this Summer

Lazada Loans Online | What is it and how to apply?

5 USEFUL TIPS TO STRETCH YOUR BUDGET THIS PANDEMIC

Why Do We Shop Online?

Online Loans | Convenience of Credit Cards Without the Hassle 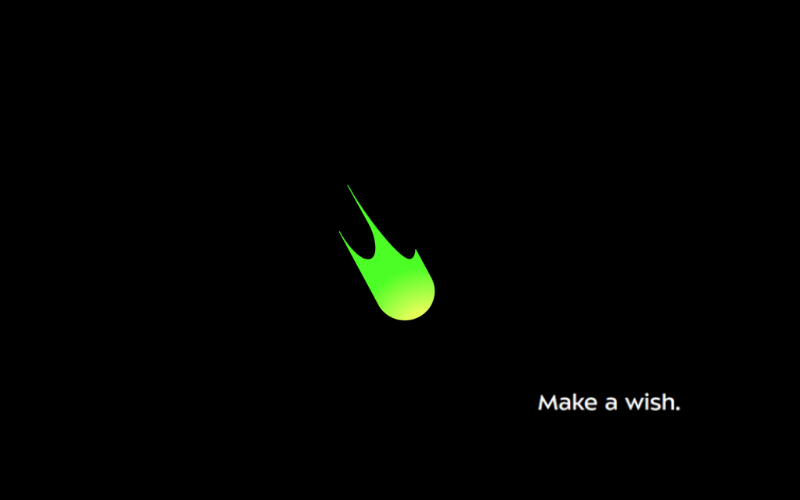 A Shooting Star! Make a Wish!